Nature’s simplicity and complexity; its ephemeral fragility and robust endurance 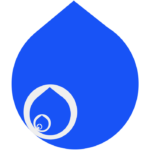 The Fractal quality of Complex Adaptive Systems refers to the fact that they are structurally self-similar at whatever level they are examined.

Systems Theory is quintessentially defined by the paradox of the complexity that is derived from simplicity.

The complexity of the universe is built upon the simple interaction of four fundamental “attractor” forces upon a few most basic fundamental “particles” of sub-atomic energy.

Complex Adaptive Systems can be mathematically modeled using a single simple reiterative equation that calculates a value z. The value for z that is calculated by one iteration of the equation is fed back into the equation again and the process repeats ad infinitum.

From the simplicity of an equation of the form Z->z2 the most complex of systems and geometry is derived.

Take a look at this short video journey and notice how basic geometric shapes take on the form and structures of nature when treated fractally.

Doesn’t it make you wonder where the “Fractal” function is in the CAD software package you use to design Wastewater Treatment Works?

As you delve deeper into the fractal structure, do you ever get the feeling that you are getting any closer to the single-source, fundamental fractal form? Or does it seem that however deep you go you always seem to be just as far from reaching that fundamental particle destination?

Benoit Mandelbroit was the mathematician who developed the Mandelbrot Set and other computerized graphical representations of fractal equations.

Complex Adaptive Systems are built fractally and break down fractally. Unless our interventions are developed and implemented in a fractal manner they will not be effective.

Similarly, any Integrated Water Resource Management programme that is not developed and implemented with full mindfulness of the importance of Fractality in a holistic Systemic implementation will be doomed to failure.